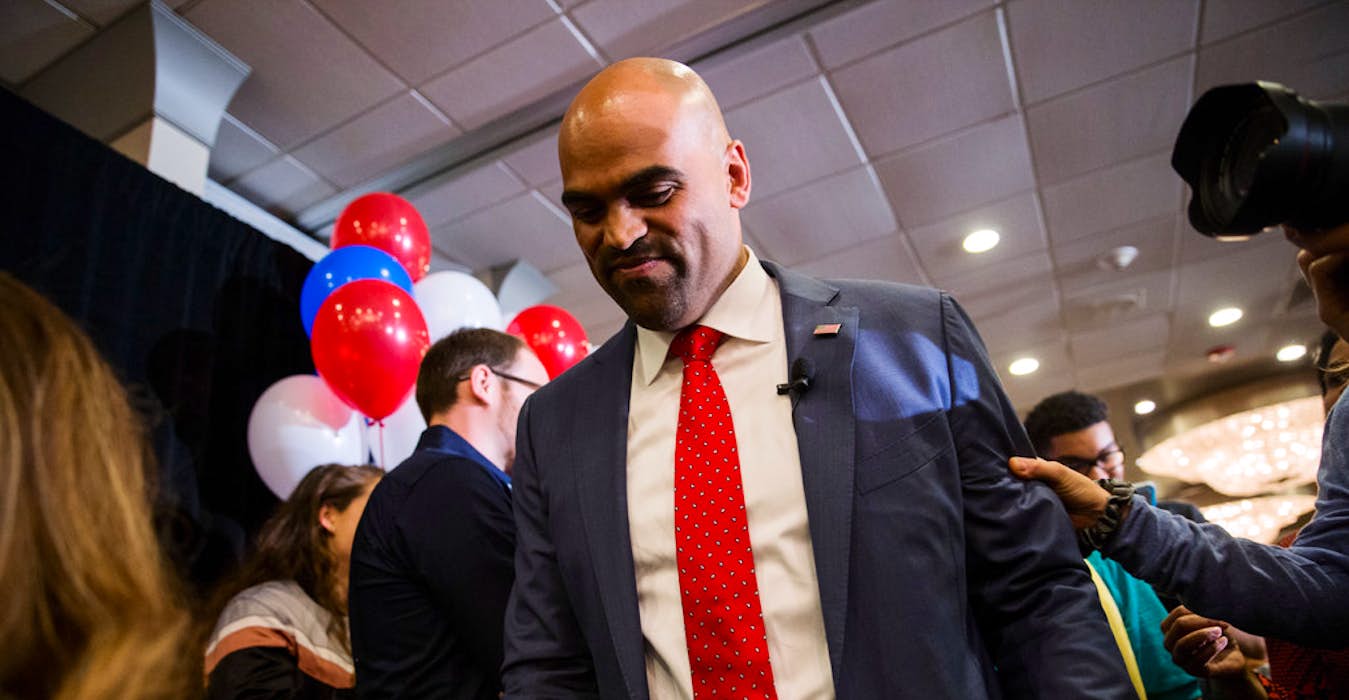 Allred's upset win in a Republican-leaning district rocked the national and local political scene. He took out Sessions, the chairman of the House Rules Committee, who has represented the area since 2003 and been in Congress since 1997.

"This community is looking for change," Allred said from his victory party at the Magnolia Hotel Park Cities in Dallas. "They want new ideas. They want a fresh approach and that's what I want to give them."

"This win is a message to Washington," Allred said after declaring victory.

Sessions' defeat is the biggest trophy for a Democratic Party that on Tuesday ripped the House from Republican control, taking advantage of the natural midterm malaise for the party in power and issuing a thundering rebuke of President Donald Trump.

Since Trump's surprise victory over Hillary Clinton in 2016, Democrats had been anxious to strike back, and they poured into the polls in record numbers for a midterm contest. The turnout was especially strong in suburban districts that leaned Republican but had undergone demographic changes — more minority voters and fewer white — that made the politics ripe for a strong Democratic candidate.

That enthusiasm, Allred's campaign approach and a Democratic ticket that included the relentless campaign of Senate candidate Beto O'Rourke sent Sessions home in a district that had been specifically drawn for him in 2011.

"Sessions is seen as somebody who has been around too long," said SMU political scientist Rita Kirk. "They see him as ground zero of a government that's not working for them."

In his concession speech, Sessions said he was honored to have served for the past 22 years.

"This has not just been a job to me, this has been an opportunity to do what I love — help people. I have worked relentlessly to make North Texas a better place for our families. I will forever be grateful to the people who, for so many years, placed their faith in me to serve as their voice in Congress."

"In 2010, I was proud to lead the effort to bring in a wave of conservatism and put our country on the path towards economic prosperity. As a direct result of these efforts, Dallas, Texas, has become the epicenter of growth and economic activity. Unfortunately, that success was not enough to stem the liberal tide of people who have moved here from across the country."

"I wish Colin Allred congratulations and hope he will continue a legacy of representation that delivers growth, opportunity, and a stronger future for North Texas," he said.

Republicans celebrated when Trump won the White House, but soon after there were signals that some heavyweights inside the GOP would be in trouble.

When House Republicans made it clear that they intended to repeal the Affordable Care Act, angry residents flooded town hall meetings to protest.

During a 2017 town hall meeting that Sessions held in Richardson, activists who supported the health care law, former President Barack Obama's signature achievement, vowed to vote Sessions out of office.

"Health care is the single most important issue to voters," said Julie Ross, an advocate for affordable health care and children with disabilities who attended the town hall meeting. "It's part of Pete Sessions' record that most moderate Republicans find objectionable."

At the meeting, Sessions calmly told the raucous crowd, "You don't know how to listen." That sentence ended up in an Allred television ad.

Throughout the campaign Allred blasted Sessions for his votes to repeal so-called Obamacare and in the process leave insurance protection for people with pre-existing conditions to individual states. But Sessions insisted that he had crafted a health care plan that would allow Americans to stay with the Affordable Care Act, and he accused Allred of supporting government-run health care. Allred said he actually wants to give all Americans access to Medicare but that a single-payer system was a long way off.

Whatever the case, health care became the galvanizing issue for Democrats, in Dallas County and across the nation.

Along with health care, Democrats were motivated to resist the polices of Trump. During the campaign, Sessions was left in the position of having to defend the president on an array of issues, including trade and his personal conduct.

Such a dance was often daunting. Sessions once told an audience that he was personally against trade wars and Trump's tariffs that targeted Canada and Mexico, but he also praised Trump for trying to do something about trade imbalances. Allred pounced on the inconsistencies.

Sessions got a boost when Vice President Mike Pence traveled to Dallas to campaign for him, but he did not publicly comment when Trump endorsed him twice on Twitter.

But much of the credit for toppling Sessions belongs to Allred and his team.

With his deft attention to grass-roots organizing, he beat six other candidates to win the Democratic primary and had more volunteers than he needed in his contest against Sessions. Backed by stout fundraising, his campaign crisscrossed the district in search of voters.

He had help. The Democratic Congressional Campaign Committee put Allred in its "Red to Blue" program and, along with other outside groups, helped with money for television ads.

"Raised by a single mom who taught for 30 years in Dallas' public schools, Colin Allred has never lost touch with the community that shaped him," Luján said in a statement. "Now that community is getting a congressman who will stand up for affordable healthcare and dignity for everyday Americans. Colin's experience and new ideas will give North Texas fresh leadership and I look forward to serving alongside him as we work to better our already great nation."

Down the stretch outside groups outspent Sessions and blistered him on the airwaves. Said one Sessions aide: "We've never been that money-whipped before."

For his part, Sessions had rallies with Pence and House Speaker Paul Ryan but wasn't as visible as Allred. His message: Allred would be a tool of House Minority Leader Nancy Pelosi and would hurt Dallas by threatening the free enterprise system.

Democratic strategist Matt Angle, who consulted for former state Rep. Martin Frost for his 2004 unsuccessful race against Sessions, said the incumbent was off his game.

"He clearly lost a little bit of his fastball," Angle said.

Allred constantly stressed his connections to the district. He was raised by a single mother with help from his aunt and uncle. The district — from the YMCA to Hillcrest High School — helped him become an NFL player for the Tennessee Titans and later a civil rights lawyer.

He's now the third black person elected to the House from North Texas, and the first Democrat from Dallas County since Eddie Bernice Johnson won District 30 in 1992. He'll join her and fellow Democratic Rep. Marc Veasey of Fort Worth in Congress.

‘Show kindness to each other’: Botham Jean’s family asks community to #BeLikeBo

See Who's on the November Election Ballot