Talking with the latest entrant into the increasingly crowded race for mayor.

Last week, attorney and former Hillary Clinton aide Regina Montoya joined an increasingly crowded room of mayoral hopefuls. The Dallas Morning News was her announcement venue, and it provided the requisite bio: Wellesley and Harvard grad, Children’s Medical Center’s former senior vice president and general counsel, vice chair of the DFW International Airport’s board and a trustee on a host of others. The day prior to her announcement, Mayor Mike Rawlings announced the formation of a nonprofit that has a goal of reducing the number of kids living in poverty—believed to be about 115,000—by half in the next 20 years. Dallas is the third-worst city for child poverty in the nation.

Called the Child Poverty Action Lab (or CPAL), the formation of the nonprofit was recommended by the mayor’s Task Force on Poverty. Montoya was the chair. She’s used her work on the poverty task force as something of a launching pad for her mayoral platform, telling The News that her goal as mayor would be to use the office as a “bully pulpit for opportunities to invest in people.”

“I am literally running for Dallas mayor to focus on our best resource: our people,” she said in an interview. “I want to have a city that empowers its citizens through transportation and education and make sure there are real economic opportunities in all of our communities that make them vibrant and safe.”

In that interview, we touched on a whole lot of things—poverty, housing, education, walkability, access to healthcare—that will probably be agreed-upon challenges by most of the candidates. For instance, Larry Casto, the former city attorney who announced his mayoral bid not long before Montoya, made housing a cornerstone of his early platform. He said he would follow the path of State Rep. Eric Johnson, who sought legislation to take money from an existing tax increment finance district and feed it back into the surrounding community in the form of property tax abatements, to help minimize displacement. 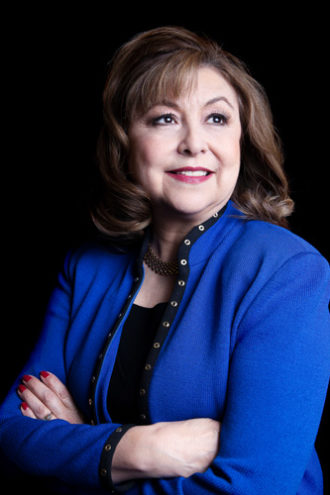 Montoya looks at the matter holistically. Her time chairing the poverty task force had her diving into all sorts of data—effectiveness of public transportation, the availability of jobs, asthma rates, the amount of times a student moved in a school year, access to early education services, home ownership. All of these factor into and perpetuate poverty, she said, making the argument that she can bring all these disparate stakeholders together to do something about it. Because she has. Montoya again brought up CPAL. The nonprofit is made up of people across industries, both public and private, that are helping to improve poverty. They will share data and best practices and work together to address a common problem. It has already raised $1.7 million, enough to keep it going for a year.

“Dallas County Community Colleges is part of this, Parkland is part of this, DISD is part of this, the hospitals and Children’s are part of this, and so is city government,” Montoya said. “This is about all of us coming together, and if you think this is something we’ve done frequently in Dallas, it’s not … we have so many fabulous nonprofits doing fabulous work, but it’s a little here and a little there. You need a systematic approach to it.”

She said she will hold Dallas Area Rapid Transit to account, making them show data and metrics regarding how frequent buses are arriving and the paths in which they travel. Are they effectively getting people to and from job centers? She said she was concerned about the recent fare hikes, which, she argues, disproportionately affect the poor. She said she would like to see DART implement discounts for those living under the federal poverty level.

“I look at (public transit) as a utility. Where else in your life could you have a utility tell you that they’re going to increase your costs by 20 percent in one fell swoop? … That $5 a week could mean they may not have lunch on Friday because they don’t have the money.”

She also took the city to task for not protecting its right of way from construction: “If you walk downtown, they have put up all of these construction sites and you put your life in your hands if you cross the street … to me, it’s a basic requirement of government to be able to walk around our cities.”

Montoya said she wanted to figure out ways to promote home ownership, citing how students who move during a school year often perform worse than those who stay put. And she believes that the city should adhere to its recent housing policy, so long as its directives remain based on data.

“There were a tremendous amount of hearings done and there are great minds working on this. Sure, it’s a living, breathing document, and if there are things we find out that have unintended consequences then we need to change that,” she said. “But we need to do this systemically; we can’t do a little here, a little there, based on anecdotal information.”

It’s only December now—expect more candidates to join Montoya in the coming weeks.